Dissecting her past to envision her future, GRAE is making new-wave pop music that’s both nostalgic and boundary-breaking. The Toronto-based singer/songwriter and multi-instrumentalist crafts a hazy pop world filled with spacious vocals, buoyant production, and deeply personal lyrics. It’s both starkly intimate and boldly ambitious – the sort of music that can soundtrack a bedroom hangout just as easily as it can a venue of thousands.

GRAE’s music sees her dig through the musical inspirations of her upbringing and reimagine them through a new lens, colored by 23 years of experience. Her influences are deeply rooted in ‘80s new wave from The Cure to Joy Division but she’s also studied the singer/songwriter masters like Rodriguez. The result is a collision of electrifying atmosphere and lyrical depth.

With over 15 million streams to her name, GRAE is one of the fastest-rising names in alt-pop. She has 120,000 followers on TikTok and 45,000 on Instagram while her music has been heard on ‘Nancy Drew’ (CW), The Bold Type (Freedom), and Virgin River (Netflix). She’s finding ears all across the planet and she’s doing it all on her own terms, chasing the music that makes her feel something even if it terrifies her.

GRAE has been writing music since the age of 10. After her Mother passed away when she was young, she and her Father used music as a way to bond. He bought a record player and the pair would listen to a new vinyl every day, broadening her musical horizons. When the vinyl player was silent, ‘80s music channels often flickered in the background.

She captured those days both lyrically and sonically on her shimmering single Spinning. “Elton John, classic songs, it’s the crime of the century/Spinnin’ on repeat,” she sings with vivid recollection.

“It all just stems from my Dad. He was always playing music, he was always listening to music,” she says.

While her inspiration grew early on, she didn’t consider music as a viable career until she moved away from Canada. Heartbroken by the end of a young relationship, she decided she couldn’t go back to school and wanted to finish it remotely. She went to live with her Sister in Australia where she began to grow as an artist. She completed a songwriting course and got her first gigs playing in a cafe to often nonplussed diners. Not that she cared. The chance to play her own music out loud was thrilling to her. “I felt really empowered by it and I’ll never forget,” she recalls.

Initially wanting to make folk-tinged music, her sonic world opened up as she began to collaborate with producers. Her 2019 debut ‘New Girl’ paired her alluring vocals with dark and winding hip-hop-inspired beats.

It put her on the map, drawing acclaim for Complex and Wonderland but it left her wondering, “Who am I inspired by?”

2020’s Permanent Maniac EP answered the question for her. The Cure are directly referenced twice on the EP. They’re name-checked on ‘2725’ while ‘Just Like Heaven’ is name-dropped on her love letter to frontman Robert Smith ‘Permanent Maniac’. She was pulled back to her musical education in that house with her Dad, falling in love with the detouring and hazy sounds of The Cure.

Experiencing an “identity crisis” as the pandemic forced the world into a period of isolation, she found herself watching Robert Smith interviews. Then it clicked. “I don’t care what else I’ve created in the past. I want to do this,” she told producer Connor Seidel as she posed the idea of a love letter to The Cure.

“The feeling I got in my stomach, I cannot explain it to you,” she says talking about the moment she heard the bones of Permanent Maniac for the first time. “It was just a pure moment of like, ‘this is it’.” It’s a feeling she now gets with every song she makes and it seems the rest of the world agrees.

‘Permanent Maniac’ was named in Billboard’s ‘Top 30 Pop Songs of the Year’ while the EP has garnered over 5 million streams to date. Meanwhile, she’s featured on Spotify’s indie pop & chill and Outliers and been named Apple Music Canada’s ‘Artist of the Week’. Both ‘Permanent Maniac’ and ‘Soft’ reached the Top 40 of Canadian Alternative Radio while the latter reacher #4 on CBC Top 20.

Her newfound musical confidence has led to her most daring work yet sonically and lyrically. She’s using music as a tool to process life’s difficult situations and she’s not leaving anything off the table. From relationships to periods of personal darkness, she’s putting it all in the music.

“It’s important to let [the fans] know that there’s no way that anyone is perfect or doesn’t go through a period where they want to change,” she says. “That’s relatable and it doesn’t mean you’re weak.”

GRAE’s music is cathartic and energized. The infusion of nostalgia and a strong sense of her own musical identity has resulted in assured, exhilarating alt-pop music. Like the rest of us, she’s ever-evolving, and her music documents that in real-time. 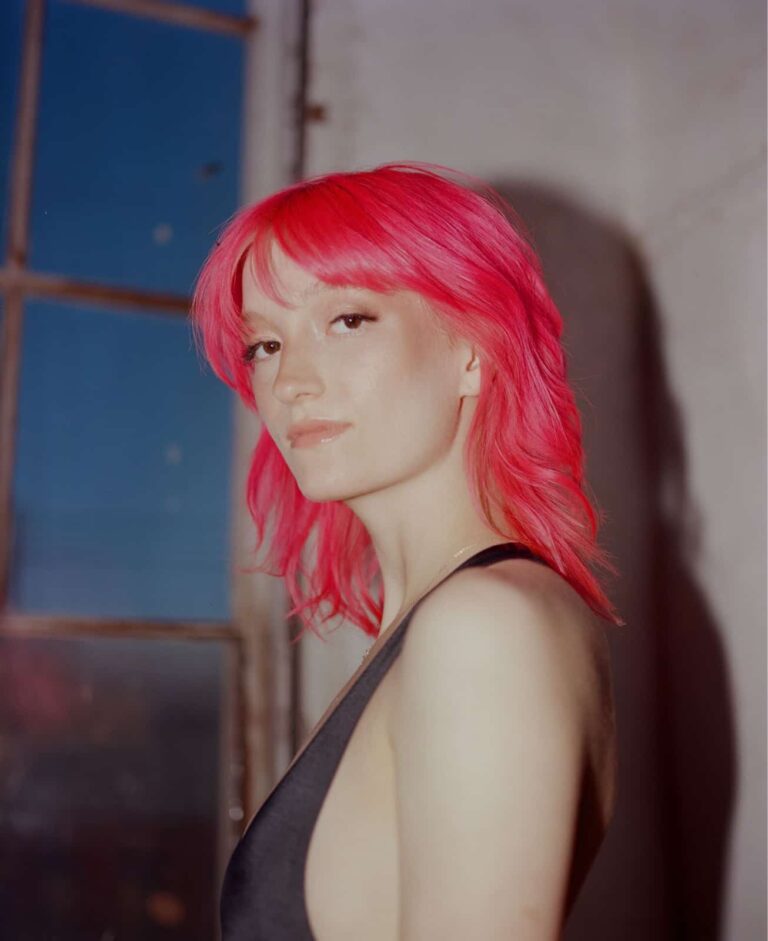